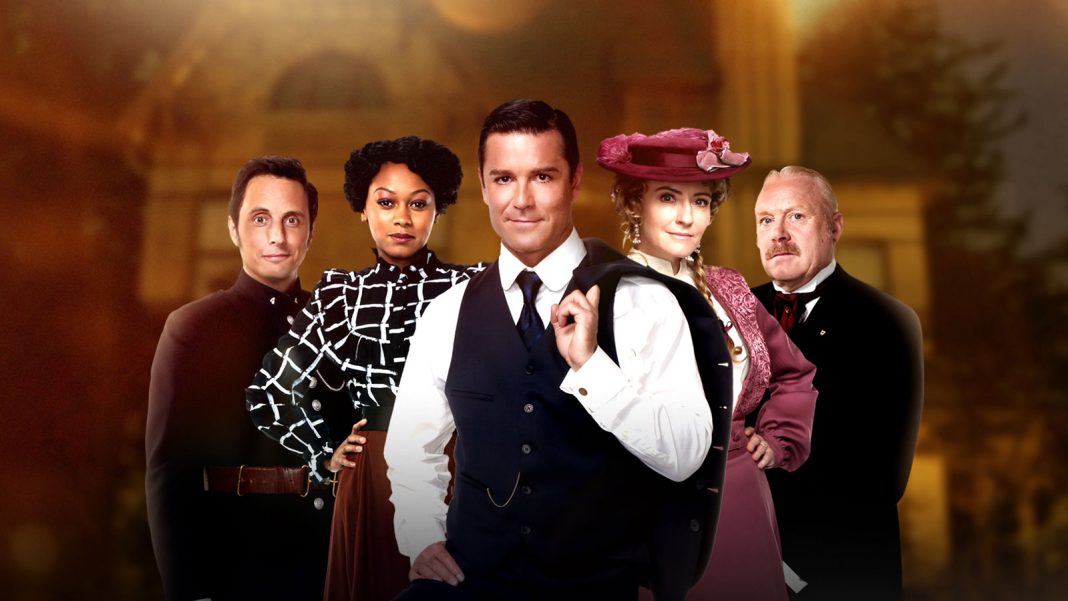 Murdoch Mysteries season 13 is a Canadian based series that was premiered on 20 January 2008; and now days airing again on TV. The series is inspired by Detective Murdoch novels written by Maureen Jennings. Yannick Bisson is acting as fictional William Murdoch; a police detective working in Toronto; Ontario in the late 19th and 20th centuries. However; The series was titled The Artful Detective on TV in the United States until season 12 then has retrogressed to the original title.

William Murdoch is a detective who solves crimes by using scientific techniques such as fingerprints and blood reports at Station House Four. Murdoch has the assistance of Constable George Crabtree (by Jonny Harris), city Doctor Julia Ogden (by Helene Joy), and Inspector Thomas Brackenreid (by Thomas Craig); the series is by R.B. Carney, Cal Coons, and Alexandra Zarowny and produced by Shaftesbury Films.

On 17th February 2020, Murdoch Mysteries earned three nominations i.e. Best Photography in Drama, Best Achievement in Make-up, Best Achievement in Hair was given to Yuri Yakubiw, Dedi Drennan, and Shirley Bond respectively by the Academy of Canadian Cinema & Television. On 8th May 2020, the series got the 2020 Aurora Award Ballot for Best Visual Presentation. Canadian Science Fiction and Fantasy Association nominated this award by its members. Murdoch Mysteries was given the Canadian Screen Award as the most-watched drama based on TV ratings.