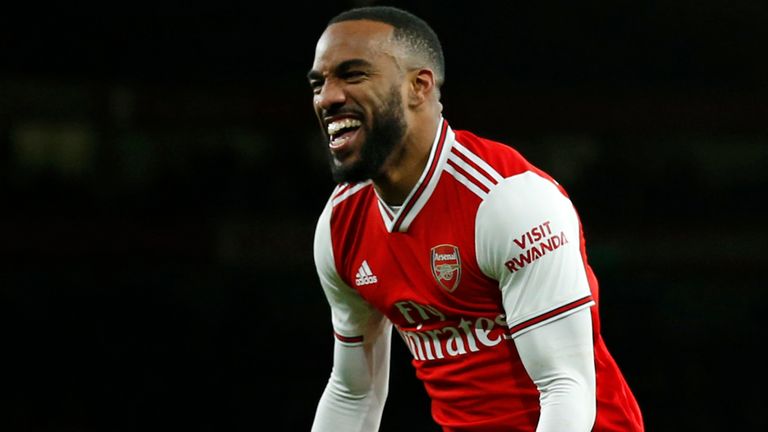 Alexandre Lacazette has denied reports that he has an agreement to leave Arsenal this summer. He claimed to feel at home in the North London club.

Currently, Lacazette still leaves a contract with Arsenal which will expire in 2022 and he has not agreed to renew his contract. That’s what invites speculation about his future and recently The Times reported that the French striker was allowed to leave Arsenal.

If Lacazette enters the last six months of his contract, he can sign the pre-contract agreement and leave without compensation. But the 28-year-old beard attacker never thought he would leave the London Cannon.

Being asked whether Lacazette knew there were reports that he would leave Arsenal. ‘I do not know about this, so I can not talk far. No, I do not know. I have a contract with the club, so there is no point for me to go if everyone is happy with me at the club,’ Lacazette said, Thursday (27/2).

Lacazette is currently known to be in high confidence after scoring two goals in his last two matches with Arsenal. That success at least dampened the problem on the front lines of the Gunners.

‘There is pressure but this is more about me because I want to score goals and I want to help my team. Obviously, I am a striker but I’m not just here to score goals. I have to help the team to defend, to build the game. For me it’s not the best thing is when I don’t score, but my staff and teammates help me through this,’ Lacazette added.

Facebook
Twitter
Pinterest
WhatsApp
Previous articleAllegri Admits Will Be on Duty Again Before the End of the Year
Next articleLampard Improves, 8 Players Are Ready To Be Thrown

Faheem Haydar
Faheem Haydar is a serial entrepreneur, investor, author, and digital marketing expert. who has founded multiple successful businesses in the fields of digital marketing, software development, e-commerce, and more. He is the founder and CEO of dealzmag, a full-service digital media agency that partners with clients to boost their business outcomes.

Soccer nowadays is getting much attention of soccer lovers as the teams are agoing towards their match fields. Fans are exciting to watch their...
Read more
FOOTBALL

Fantasy football is a new concept that is gaining fast popularity. It is the new form of gambling that is getting attention from both...
Read more
FOOTBALL

FIFA 21 Closed Beta Release and All Details Regarding It

FIFA 21 fans really want to know about all the details of the game. Due to the COVID-19 pandemic, it has been delayed. Now...
Read more

Is Google Voice for business worth use?

How Cannabis Business Social Network Helps to Your Business 2021

Would Supernatural season 16 broadcast for fans? Here are the Updates.

Is Google Voice for business worth use?

How Cannabis Business Social Network Helps to Your Business 2021

Would Supernatural season 16 broadcast for fans? Here are the Updates....