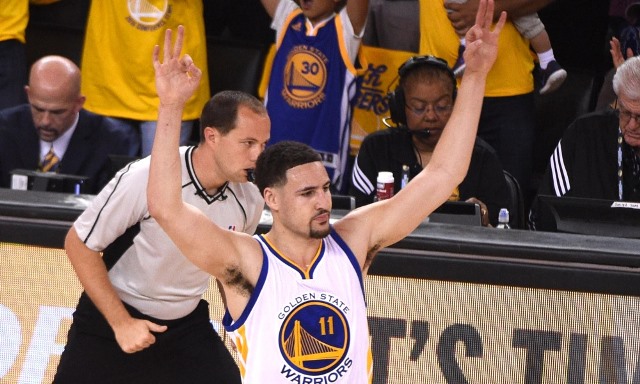 The three-point shot is the most critical aspect of modern NBA offenses because it can make or break a team throughout a single game. Making more three-pointers at a higher percentage than the opponent usually gives a team the best chance to win games, because three points on the board per possession are far more impactful than two points. Of course, it’s preferable to taking and missing free throws.

Teams and individual players have realized the importance of the three-ball, and they are putting up more of them each year. So, as we move forward in this new era of basketball, let’s take a look back at who the game’s best three-point shooters have been up to this point.

We ranked the top 15 best shooters of all time in history based on skill, consistency, percentages, and total three-point attempts. We will also consider each player’s impact as a shooter and their accomplishments during their respective eras. Without further ado, here are the 15 greatest NBA shooters of all time. 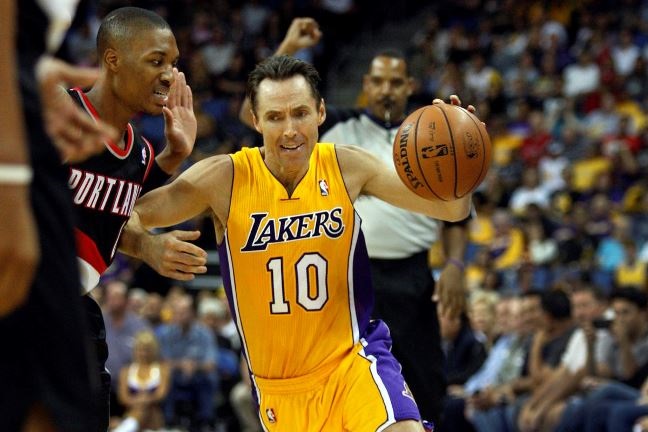 Nash never made more than 2.2 three-pointers per game in a single season, but he did make 1,685 triples in his career at a 42.8 percent clip. According to NBA insider Marc Stein, Nash’s former head coach Mike D’Antoni says he should have pleaded with the two-time MVP to shoot more based on the numbers. He’s correct. 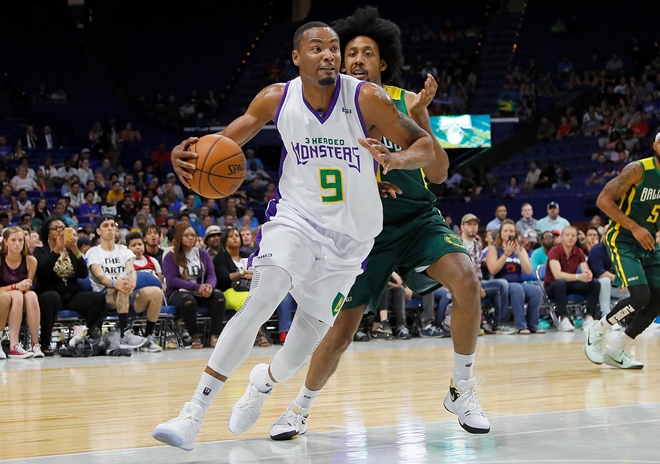 Rashard Lewis is best known for his exploits as a floor-spacing power forward and All-Star with the Orlando Magic, but he was also a great player with the Seattle SuperSonics during his prime. The 6’10” power forward effectively spots up for three-pointers and gets open for his patented arcing jumper, which would typically hit straight-net.

Lewis is easily one of the best three-point shooters in history, ranking 22nd in three-point attempts despite attempting less than 5 threes per game during his career. The former No. 32 overall pick was especially effective playing alongside Dwight Howard in Orlando because he had an endless supply of open looks and routinely drained them. 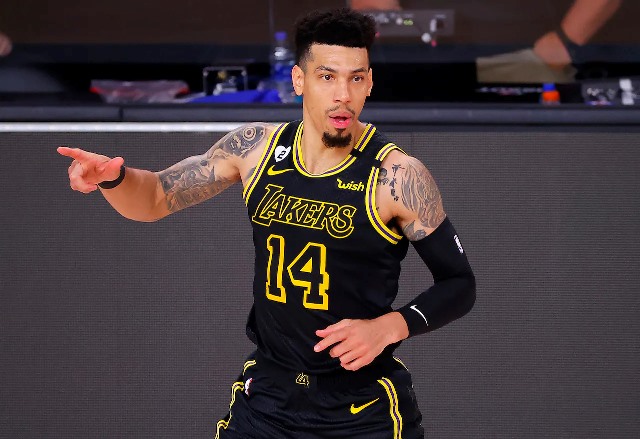 Green is one of the top 3-point shooters of all time, and this list would be incomplete without him. He has three rings up to this point.

In 2013, he reached a watershed moment in his career. He was up against the Miami Heat’s Big 3 at the time. He shone in the final series, setting a record for the most three-pointers in a single final series list. Unfortunately, he and his team are not met victory in that series. On the other hand, Danny Green won one NBA Championship in 2014. 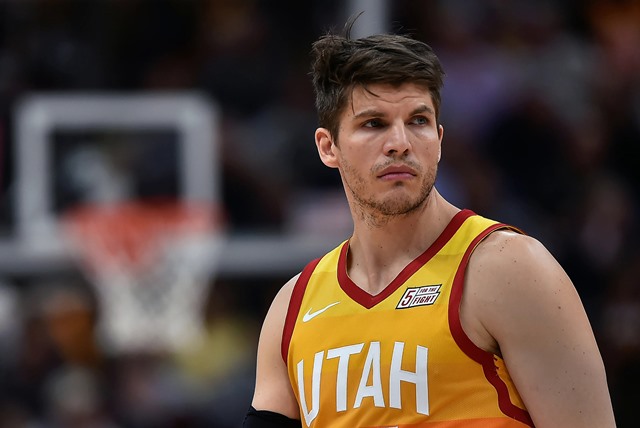 Kyle Korver is deserving of a spot on this list. Kyle Korver can be counted on to knock down three corners and bounce off the screen for a three-point shot every time he steps on the court.

Any defender must avoid Kyle Korver. This remarkable player holds the record for the highest three-point goal ratio in a season.

That figure is 53.6 percent in particular. 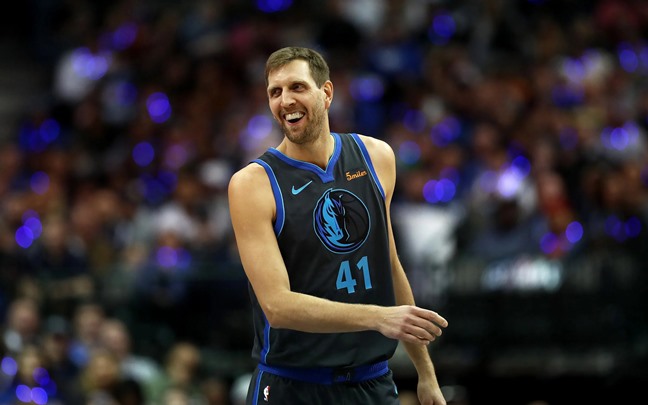 Dirk Nowitzki, a top-50 all-time player, and former NBA champion and MVP are one of the league’s first dominant big shooting men. Nowitzki’s shots are not blocked because he stood 7’0″ and had an incredibly high-arcing jump shot. Dirk could shoot over any defender in the league and drained nearly 2,000 three-pointers during his illustrious career.

Nowitzki ranks in the total three-point attempts list, which is an incredible feat for a power forward. The Dallas Mavericks were highly fortunate to have Dirk as a team member because a player like him comes along only once in a lifetime. When Dirk wasn’t draining threes, he was wreaking havoc from mid-range with an unstoppable fade-away shot fit for a legend. 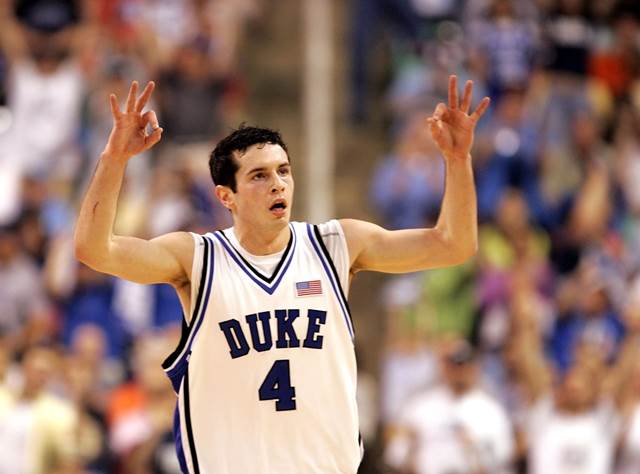 Despite being a role player for most of his career, JJ Redick was one of the best 3 point shooters in the NBA. Over his career, the former Duke legend shot 41.5 percent from three and ranks 15th in total threes made. Incredibly, Redick averaged 25.5 minutes per game while making over 1,900 three-pointers in his career. 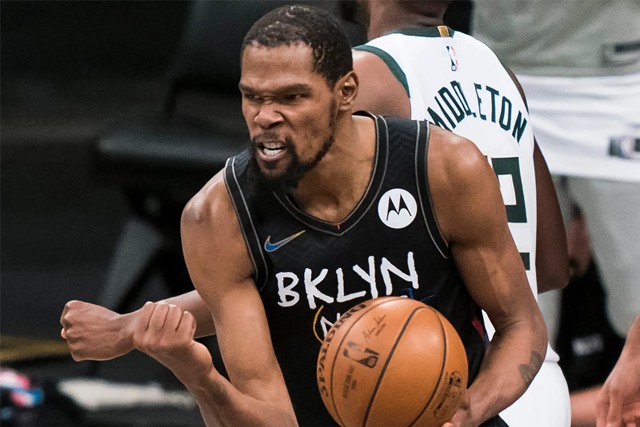 Kevin Durant is an all-time great scorer with an unstoppable skill set and one of the best shooters of all time. The four-time scoring champion possesses an incredible three-point shot, shooting 38.4 percent from deep and making over 1,700 threes in over 900 games. Durant should be much higher on the list of all-time three-pointers made, but his selflessness prevents him from scoring the ball more frequently.

Even though his all-time makes and percentages are not comparable to the other players on this list, Durant is one of the best at stroking it from deep. If a coach had to come up with a play for one player to make a long-range shot, Durant’s name would be one of the first to come to mind. 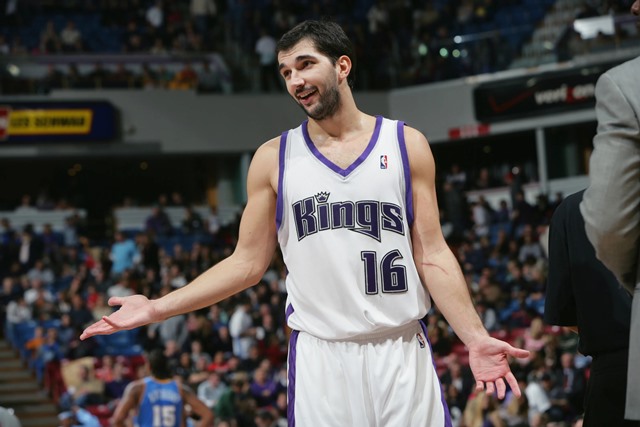 Peja Stojakovic is one of the best shooters in NBA history, making him one of the best foreign players in NBA history. Stojakovic shot over 40% in his career and made over 1700 three-pointers, primarily with the Sacramento Kings and Charlotte Hornets. The Kings would have won the NBA title with Peja on the team if it hadn’t been for the juggernaut Lakers led by Shaquille O’Neal and Kobe Bryant.

Peja is a knockdown shooter, whether he created it himself or had it created for him by others. The Serbian star was a vital member of the Kings’ Western Conference-dominant team in the 2000s and deserved to be recognized as a top-15 shooter. 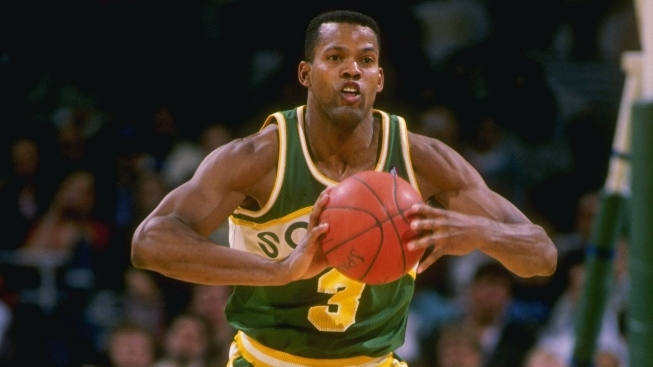 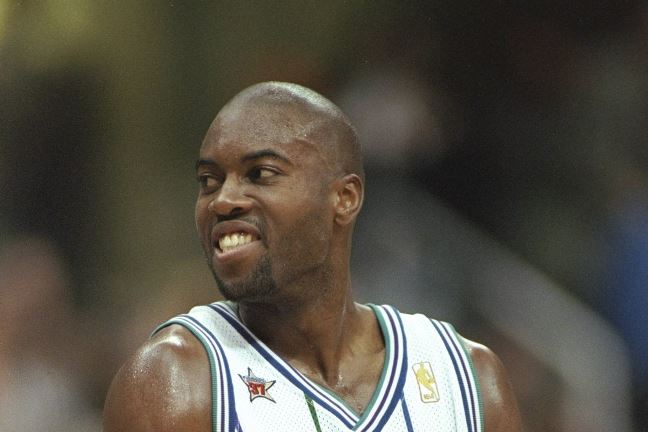 Rice told me this at the 2019 NBA All-Star Game “When I was playing, we thought we were shooting too many threes if we shot six as a team [per] game. The opportunity to go out there and shoot 15 three-pointers per game if he wasn’t averaging 30 points per game. He said he hurt himself. Rice is not incorrect. He scored a career-high 26.8 points per game and made 47.0 percent of his 5.6 3-point attempts. Those statistics speak for themselves. 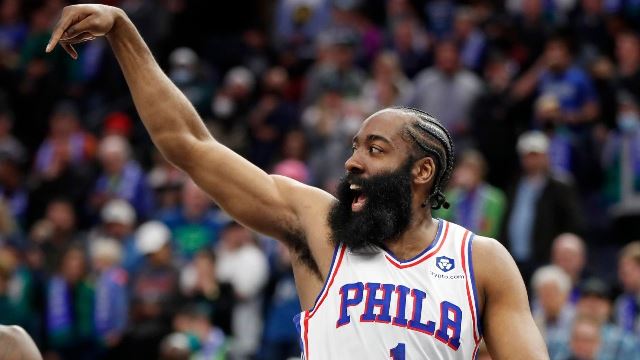 Harden is on pace to retire with the second-most made three-pointers in NBA history, trailing only Curry. As Curry is in a league of his own for 3-pointers, Harden is the only other player to hit more than 300 in a single season, which he did in 2018-19. Harden also hit 299 three-pointers during the pandemic-shortened 2019-20 season. 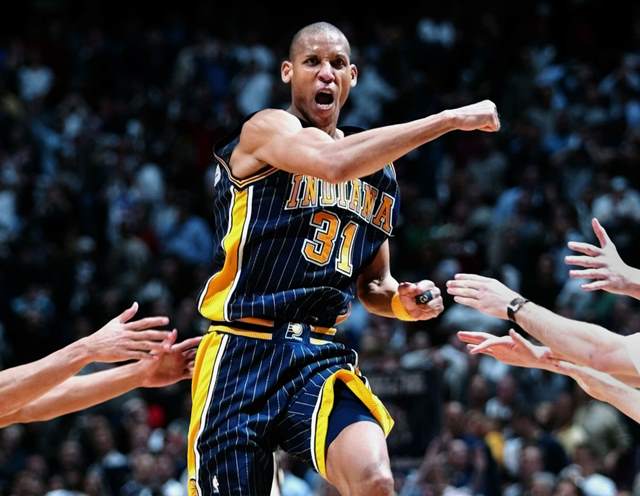 We’ve progressed to the next level.

Miller was the all-time 3-point leader for a time before being surpassed by Ray Allen and Curry later on. Given that he entered the league in 1987, Miller’s ability to hit 2,560 three-pointers for his 18-year career is remarkable. Miller comes to mind when you think of shooters, and he’s a member of the NBA’s 75th Anniversary Team as a result. 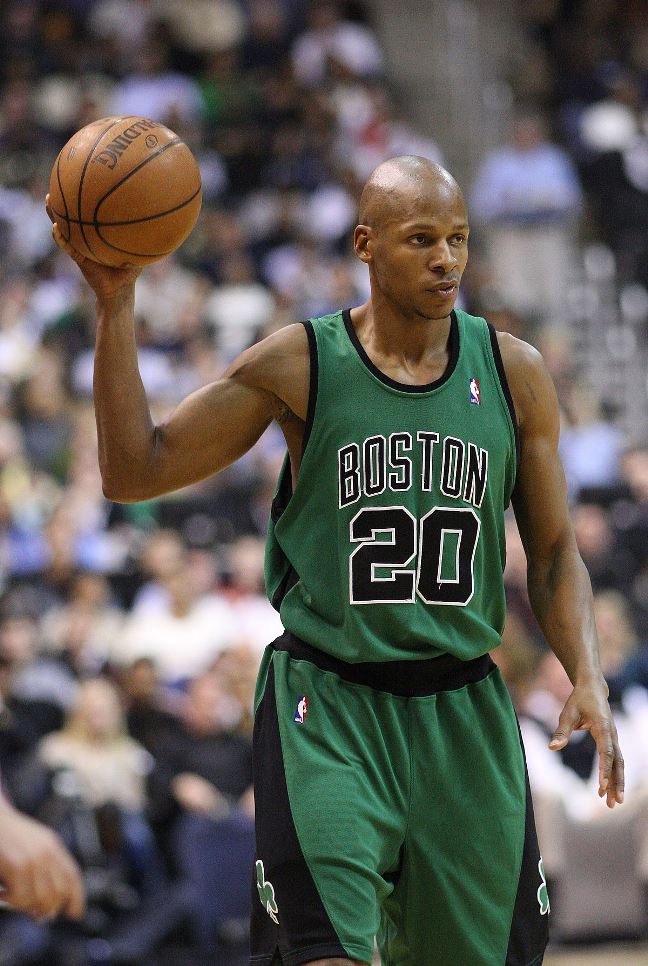 Allen was the all-time leader in triples for a long time, tallying 2,973 during his Hall of Fame career. It’s impressive, considering he was more than just a shooter during his prime. Allen is well-known for hitting some of the game’s biggest shots and stepping up to hit them when it counts.

So you’ll have to be something special to beat Ray. 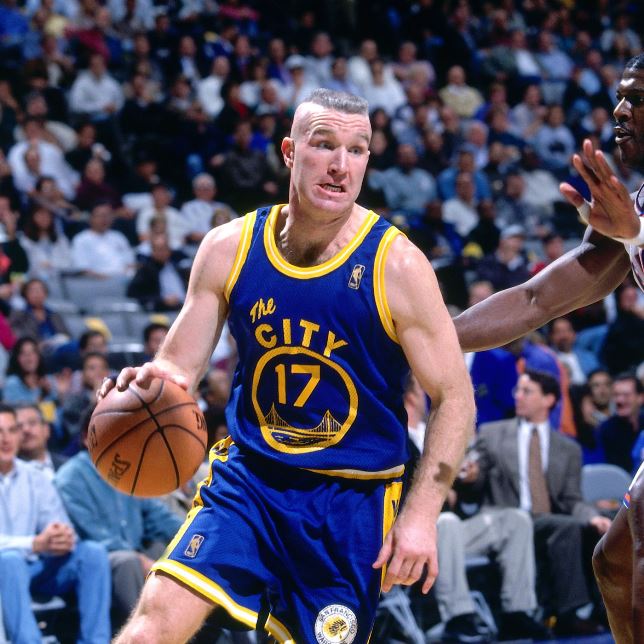 When it comes to the best 3-point shooters in the NBA, this player is at the top of the list. This player isn’t speedy. On the other hand, Chris Mullin made up for it with his shooting ability. From 1987 to 1993, he was a member of the Golden State Warriors, where he used his shooting skills.

He averaged at least 20 points per game during these seasons. Thanks to his dependable ability, he’s had a memorable career with the Warriors and Pacers. 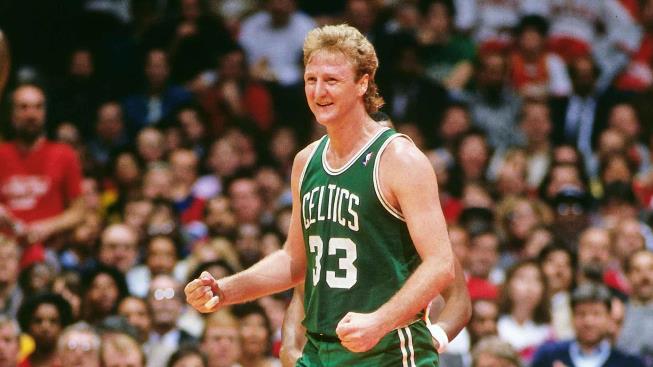 Larry Bird is a player who can shoot from anywhere and do so with ease. He is, without a doubt, one of the greatest shooters of all time. His career has been filled with incredible accomplishments.

His track record demonstrates how good he is. Two Finals MVPs, three NBA Championships, and two Season MVPs are among his many honors. This incredible player, in particular, won the NBA Three-Point Shooting Contest three years in a row. 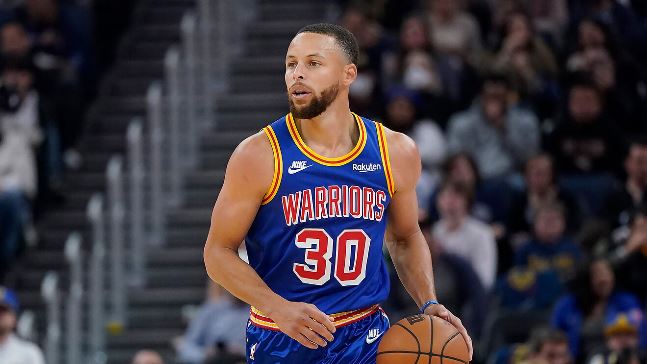 Stephen Curry is, without a doubt, the most excellent and the greatest 3-point shooter of all time.

With 402 3-point conversions in a season, this great player currently holds the record. Stephen Curry also holds the record for most 3-point field goals made in an NBA Finals game. Stephen Curry, in particular, has three NBA championships and two MVP awards. His career is still active. We can only hope that Stephen Curry continues to break records in the future.

The 16 best 3-point shooters in the NBA of all time are listed above. They are highly talented players. We believe they are all deserving of a spot on this list. 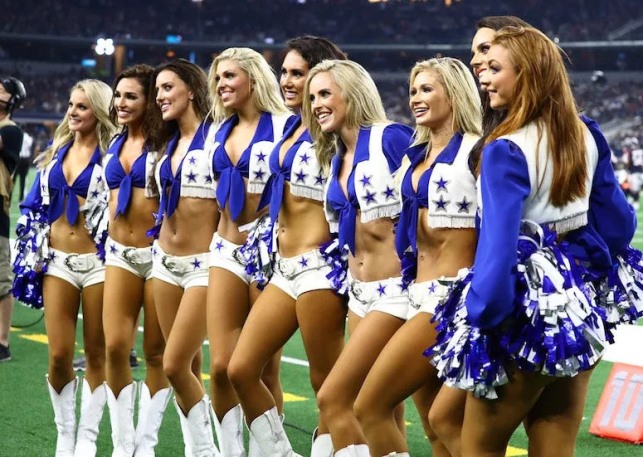 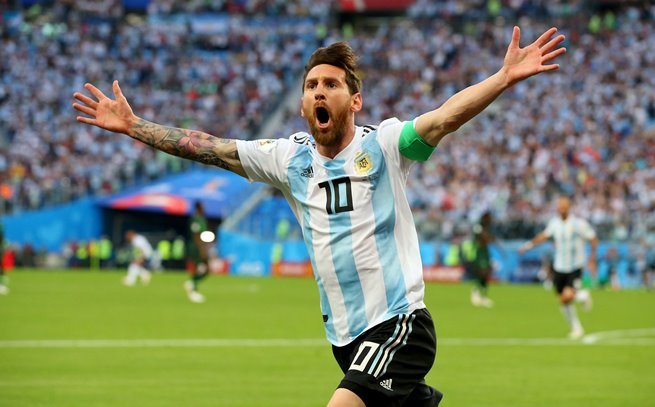